Shown here are the 27 legal flags flown thoughout our history. By law, a star is added to the U.S. Flag on the Fourth of July following the admission of a State(s) to the Union. Contrary to popular belief, the first official U.S. Flag was not the Betsy Ross Flag (13 stars in a circle) but the staggered star pattern shown in our 13-Star U.S. Flag. It is important to note that no U.S. Flag ever becomes obsolete. Each flag shown is still a legal flag and can be flown at anytime.

ALL OUR U.S. FLAGS ARE OF 100% U.S. MANUFACTURE, INCLUDING THREAD, DYE AND ALL OTHER COMPONENTS. 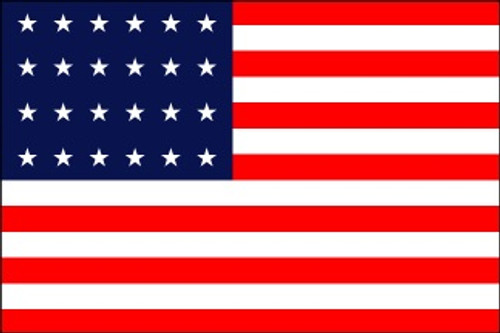